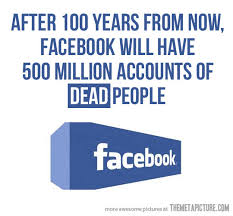 Since it’s creation, Facebook has dominated the world of social media. It reinvented the way the world communicates and, ultimately, changed society as we knew it. With Facebook’s popularity came a new forum for businesses, new methods of networking and marketing for everyone, and, most importantly,  a new dashboard “world” for people of all ages to connect and share their life events through uploaded photos, status updates, and chat. It revolutionized the web, in turn, forever altering social media. Though created in the U.S, Facebook’s fame spread like wildfire all throughout the world, with its top users from Europe at an estimated 243,000,000 million subscribers by September 2012. (For more info on Facebook user stats: http://www.internetworldstats.com/facebook.htm). It wasn’t long before Facebook had become, for many, routine, a new way of life. Having the vast power to communicate with the masses, at anytime, was at the fingertips of anyone with access to a computer or cellphone. Without regard to consequence, countless individuals learned about this broad authority the hard way, broadcasting overly personal life events or, in some cases, incriminating events, on the world-wide web, for every associate, friend, and relative to see. Other people saw Social media as dollar signs and sought to use Facebook to capitalize on its unique and lucrative marketing potential. In a world where some people fell under the hammer of revealing too much while others focused on monetary gain, expanding their business networks to heights untraveled, one thing was clear; The possibilities were endless.

Then one day, Facebook presented the “Timeline” feature,  turning user profiles into virtual scrapbooks, allowing users the ability to view the history of anyone of the 500,000,000 or so users. According to a poll of 4,000 users, by Sophos Security, this feature was criticized and shunned by 33%  who stated “They didn’t know why they were still on Facebook”. (For more on this Timeline poll:http://www.nbcnews.com/technology/technolog/facebook-timeline-poll-overwhelming-negative-reaction-84717 ). Other reports claimed that users were uncomfortable with their Facebook use history being so visible and easily accessed. Other people voiced concerns of increased risk of identity theft. With these flaws, so popular in belief,  many have begun to question the future of Facebook. Facebook may have epitomized Social Media but, with that, came numerous social media competitors, just waiting for their chance to shine through Facebook’s fading shadow. Powerhouses like LinkedIn, Twitter, Pinterest, and Snapchat have targeted these concerned Facebook users and in many cases converted them.With this in mind, what do you think Facebook’s destiny holds? Are you still a Facebook loyalist? Or do you see Facebook as a fading trend?
Advertisement